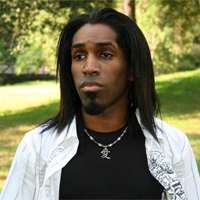 Allante - also well known as Wolff - is the newest member and co-host for PLuGHiTz Live! Radio. A gifted artist, he is usually found drawing up a character or two or sketching up whatever comes to mind. Do not think that he is not a hardcore gamer because he is about as hardcore as it gets! His favorites range from fighting games to RPGs, adventure and even a racing game here and there. Fighting games are his forte and he relays this message for all who oppose: You mess with the Wolff and you get the fangs! XB360 - Enigmatic Wolff PSN - Tsukuyomi_Okami

It has finally happened ladies and gentlemen! In the light of Nintendo releasing updated (and mini) versions of their classic consoles, another classic company plans to do the same. I don't know about you all, but after the SNES Classic was announced I was really pumped. Many of my favorite classics are pre-loaded onto the system (Metroid, Super Mario, Donkey Kong Country) including my favorite game of all time (Yoshi's Island) and even one game that has not actually been released before (Star Fox 2 a game that hand been canceled before it was released). But after that announcement, I talked with some people about how cool it would be if SEGA were to follow suit and release a mini Genesis with pre-loaded games just like Nintendo is doing.

Well my friends, as if the gods of gaming hath rained their blessings upon my beckoning call, SEGA (with a helpful partnership with AtGames) is now releasing a mini Genesis console. Not only that but there are two versions of the console: one branded "Classic," which comes with 81 pre-loaded games and two wired controllers and will sell for $59.99, and another branded "Flashback," which comes with 85 pre-loaded games, two wireless controllers and HD (720p) output, and will sell for $79.99!

Are you ready for the real kicker? You're all probably like me and have some Genesis cartridges in a box or tucked away somewhere that hasn't seen daylight in decades, right? Well, it's time to dust them off and give them some sunshine because both console versions are fully compatible with the cartridges! Yes, you read that correctly: you can play your classic game cartridges on your brand new mini console, a feature that sets this new Genesis apart from the NES and SNES mini systems. The pre-loaded games will include classics like: Altered Beast, Sonic the Hedgehog, Mortal Kombat and Golden Axe. However, there are some hidden gems in there as well like Vectorman, Phantasy Star, Dr. Robotnik's Mean Bean Machine (one of my faves), and Super Thunder Blade.

Get your pre-ordering fingers ready because they go live Friday, July 28th!

It is important to note that the games do vary between consoles, so we have included the full lists after the break.

It seems like Alec Baldwin's Words with Friends fiasco may cause the FAA to change its mind on what you can do during takeoff and landing on an airplane. The Federal Aviation Administration released a statement this week (source link, PDF) that said it would be putting together a committee to look at the current in-flight usage of electronics and other devices. It also seems that revisions could be made to the policy as soon as this coming March.

Yes, we know, it never makes any sense why your device with no radios in it causes radio interference or that your smartphone on Airplane Mode "isn't good enough" and "must be turned completely off" (I've been told both of those things on recent trips this year). We know, that just like the LightSquared problem, certain radio frequencies are reserved for certain electronics, so your 3DS isn't going to send a signal to the plane that makes the pilot think he's 8,000 feet higher than he is. However, this is the government we are dealing with, and our President didn't have a laptop on his desk in the Oval Office until 2008.

For some more insight and to learn why the FAA might just be appeasing the masses with this committee, check after the break.

Apple's life just got a little more positive this week when a California District Court jury came to a decision on the Samsung/Apple patent infringement suit. The decision stated that Samsung has knowingly and willfully infringed on 12 Apple patents. The case is significantly more complex than just that, involving subsidiaries and business models. However, when all was said and done, the case really came down to did Samsung steal from Apple and the jury believed they did.

The trial has taken weeks, including the revelations of products and practices that no one had known outside of the two companies. While this can be seen as a win for Apple, it is even more of a win for the rest of the tech industry. Finally the handset manufacturers will be forced to stop copying the least innovative handset design possibly ever and start making phones that are unique. Hopefully Samsung will be able to use it to hold onto its lead over Apple, not fall into the pits of innovation hell.

This also spells a huge win for Microsoft and its upcoming Windows Phone 8. Samsung will be reconsidering its Android partnership, seeing as the interface of the OS is in part what has gotten Samsung in trouble. There are two easy alternatives for Samsung to turn to: Windows Phone 8 or HP's Gram. WinPho8 will be on the market long before Gram, so it would make sense for Samsung to embrace the unique interface.

Clearly Samsung is not happy about the verdict. Hit the break to read statements from both companies, plus some fun pokes from Microsoft.

Mario has been jumping on our television screens and killing evil woodland creatures for over 25 years now. You would think we would get tired of the same formula of: beautiful princess running a peaceful kingdom of mushroom people in diapers, an evil dragon... turtle... thing decides to kidnap the princess just because he wants to, princess calls out to the four foot tall neighborhood plumber to come to her rescue, he defeats the evil fire-breathing bastard and saves the princess all for one single kiss. Well, apparently, we are not tired of this formula, because Nintendo seems to find a way to make each and every experience fresh and sometimes revolutionary.

Nintendo's newest installment to the Super Mario franchise has arrived. Super Mario 3D Land jumps, flutters and fireballs its way into our 3DS consoles and our hearts with stunning graphics, familiar nostalgic gameplay and powers, and level designs that will keep you questioning how good you really are at gaming.

For more of my thoughts on the game, hit the break.

Update: From the Developer Program post, "We currently have more requests for coupons than we have devices and will not be accepting any further requests."

Ever since the HP firesale of the TouchPad, the $99 and $149 pricepoints have set the tablet world abuzz and people have been scrambling to try and get their hands on as many as possible. Regardless of HP's decision to now keep their PC business after deciding to spin it off not too long ago, the company promised a second round of TouchPads, likely clearing out their component inventory in their factories. Unfortunately, Wal-Mart and Best Buy got their hands on almost all of the initial secondary run and scooped them up, forcing you to buy a PC if you wanted a TouchPad.

While that might be a route you may want to take, some of us just want the tablet, and until now, you were out of luck. This week, developers get a little bit of a break.