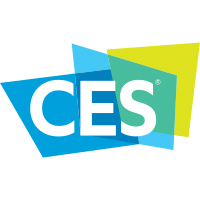 CES is the world's gathering place for all those who thrive on the business of consumer technologies. It has served as the proving ground for innovators and breakthrough technologies for 50 years - the global stage where next-generation innovations are introduced to the marketplace. Owned and produced by the Consumer Technology Association (CTA), it attracts the world's business leaders and pioneering thinkers.

It is our 2 hour Consumer Electronics Show (CES) 2010 recap show. We will be discussing all of the exciting announcements from this year's event in Las Vegas!